Today’s post has been festering inside me for a long time.  Today, October 11 is National Coming Out Day and it’s the right time to post it.

First, I need to back up a bit.

Ancient artwork tells us that homosexuality has always been around. Phallic male figures and depictions of male intercourse are the first incidence of open homosexuality that we know of. The Neolithic and Bronze age brought us the world’s first intersex art sculptures. Was homosexuality accepted as part of those societies? Or, are these depictions just the equivalent of today’s underground media?

In the centuries that followed, artists became bolder in their depiction of LGBT related matters; from visual depictions of homosexual intercourse to lesbian themes in literature, homosexuality has long existed in society. 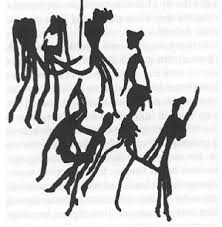 That’s not to say this previous artwork was all created without resistance. The first debate we know of was when Plato published Symposium in which Greek intellectuals argue that love between males is the highest form, while sex with women is lustful and utilitarian. In the first century CE Nero, the Emperor or Rome married two men, Pythagoras and Sporus. A hundred and fifty years later Rome  punished homosexuality. How did all the other homosexuals at the time live their lives?

Then, for some reason, Nonnus’ Dionysiaca written in the late 4th and/or early 5th century AD became the last known piece of literature for nearly 1,000 years to celebrate homosexual passion. It is safe to assume that extreme measures were taken against homosexuality. There were laws enacted and punishments served. What did homosexuals do during that time period? How did they hide? How did they meet?

Homosexuality pops up a lot in legal history. In 1642 Richard Cornish was
executed in Virginia for alleged homosexual acts with a servant.

The late eighteenth century marked the first time a modern Western author treated homosexuality openly in art and it was done as activism, or an attempt to make a change.  “Different from Others”, one of the first explicitly gay films, was released in 1919. A man named Dr. Magnus Hirschfeld  co-wrote, co-funded and acted in the movie a silent film whose main character comes out to thwart his extortionist gay ex-lover, but subsequently loses his job and commits suicide. The project was intended as resistance against Paragraph 175, the 1871 German law that criminalized male homosexuality. 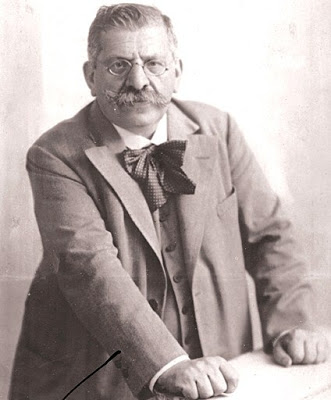 Hirschfeld was an adult male in the early part of the 20th century who was out and not being quiet nor polite about it. He traveled and lived openly with his male partner Li Shiu Tong as he argued for tolerance and acceptance of sexual minorities like himself. What were all the other homosexuals doing at this time?

Closer to home, in 1924 Henry Gerber formed the Society for Human Rights, the first gay group in the US, but the group was quickly shut down. We know he was pretty obviously gay because in 1917, Gerber had been briefly committed to a mental institution because of his homosexuality. Things like that didn’t happen to the covert straight-acting guys who could hide it and blend in. Gerber was at the vanguard of a growing awareness among gays and lesbians that their problems stemmed not from their sexual natures but from oppression.

History began to see homosexuals resist and come out from hiding. Whereas homosexuality was always a fact, there appeared to be false starts in artistic fascination, appreciation, and acceptance. I believe it’s safe to say that the vast majority of homosexuals lived quiet lives of desperation, loneliness and fear of punishment. Whether they lived on the fringes of society or hidden among acceptable society in mixed orientation marriages or as confirmed bachelors we don’t really know.

The first known protests in the U.S. for gay rights and equal treatment were not conducted by “masc”, straight-acting guys who could blend in with society. More often than not drag queens, trans women and gay hustlers were the ones who spoke up first and who had the balls to be out, loud and proud 24 hours a day. When in 1966 a policeman in Compton’s Cafeteria in San Francisco grabbed a drag queen, she threw a cup of coffee in his face. People flipped tables and threw cutlery.  Drag queens swung their heavy purses at officers.  The crowd trashed a cop car and set a newsstand on fire.

Stonewall in 1969 is often thought of as an uprising of gay men. In reality, it was drag queens, black drag queens, who fought the police at the famous Stonewall Inn rebellion in 1969.

It’s safe to say the current path to LGBTQ equality has been paved primarily by misfits and the flamboyant. These are the same parts of our community that are criticized at Pride events for making too bold a statement, or for being too “in your face”, or for being too “Fem” for the self-described “Masc” newbies.

I cringe a little when I hear newly out gay men trying to prove their masculinity by emphasizing how “normal” they feel compared to the stereotypical gays they’ve seen depicted on film and TV.

Those “fems” they try to distinguish themselves from were the ones who came out because hiding wasn’t an option. They either wouldn’t or couldn’t hide. Some of us were able to pretend in mixed orientation marriages. Others couldn’t or wouldn’t. I have one gay friend who actually vomited on his girlfriend when he tried to have sex with her. He had fewer options than I had. He came out in his 20s.

Men like him did it before it was easy.

There’s never a wrong time or a wrong way to come out. Every gay man I know did it differently but throughout history it has changed.

If you’ve come out or just know someone who has, today is a day to honor that most difficult of choices, but don’t do it on the back of men and women who made it easier for you to come out today, or 12 years ago like I did.

Most of us today are coming out because it’s easier, because the majority of people we know will like or love us anyway. We have rights and community support. We can see a future. Just 30 years ago I couldn’t see a future as a gay man, so I didn’t come out. I couldn’t even fathom it.

I honor the men I know and the men throughout history who came out then, the ones who came out before it was easy.

I confess, when I came out I made sure people knew I wasn’t going to be one of those effeminate gays. I was still me. I felt the need to defend my 40+ years of convincing myself of my own masculinity.

But, you see, none of us know what we would have been like had we been able to be who we really were from birth. I spent 40 years in hiding and desperately modifying my behavior to appear less gay. From an early age I made sure to pick clothes that weren’t too gay. I modified my voice because I cringed when I heard too much “gay” in my recorded voice. Although I was drawn to playing dolls and doing hair, I avoided such activities that would have been too gay. As a teen I constantly thought about how I walked and talked. I dated girls as a cover. I ended up marrying with the primary goal of convincing myself and others that I was masculine enough to be considered straight.

It was exhausting and both emotionally and spiritually damaging. For years I pulled it off and many of those efforts were internalized. It’s no wonder that I can pass as a straight guy because I white knuckled it for 40 years. I made that my primary emotional task. It wasn’t healthy and it’s nothing to brag about.

To be honest I’m now rather ashamed that I’m not obviously more gay than I am. Had I grown up in a household and in a society that would have nurtured and cherished my innate qualities who knows what kind of outward character traits of mine would be different today, or how “Fem” I would appear. You newly out self-described “straight-acting” men, you don’t know either. 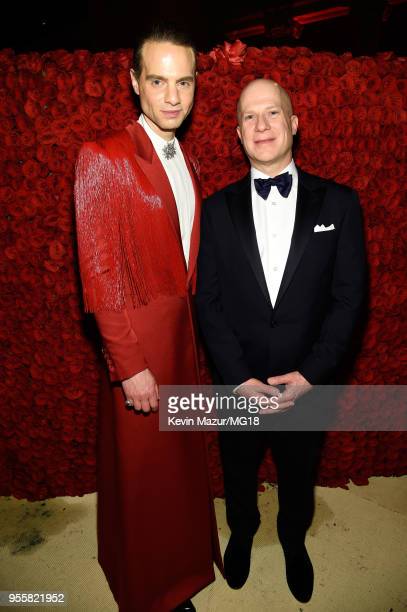 We need to stop honoring “straight-acting.” We need to stop prizing the cover up. You’re not as straight-acting as you think you are. Without exception, every man who has described himself to me like that has triggered my gaydar upon first meeting. If you are sexually attracted to men, you’re not straight-acting. You don’t look very straight with a cock in your mouth. Your absence of a lisp or your interest in football make you no more valuable, and no better a representative of homosexuality than the queen wearing a rainbow jockstrap at the Pride parade.

Let’s honor coming out as early and as loudly as possible. Let’s live in the gratitude that we can come out more safely now than ever, that those who are at all different points on the Kinsey Scale can be who they are. As a pretty solid 5, I thank all the 6’s out there.

Those who did were braver men than me because they made it easier for me.

Excuse Me While I Slip Into Someone More Comfortable

Ladies In The Streets: Before Stonewall, Transgender Uprising Changed Lives

A Timeline of Lesbian, Gay,
Bisexual, and Transgender History
in the United States

1 thought on “A Lil Bit O’ Coming Out History; Why You Should Care (Yes, YOU Mr. So-Called Straight-Acting Homo)”